This project started out as a way to bring attention to the amount of energy used in the home. I had built an energy monitoring system that could graph energy usage, but none of the people I lived with were interested. I had seen some cool drawing robots by Sandy Noble and I thought this could offer a more interesting way to plot data. 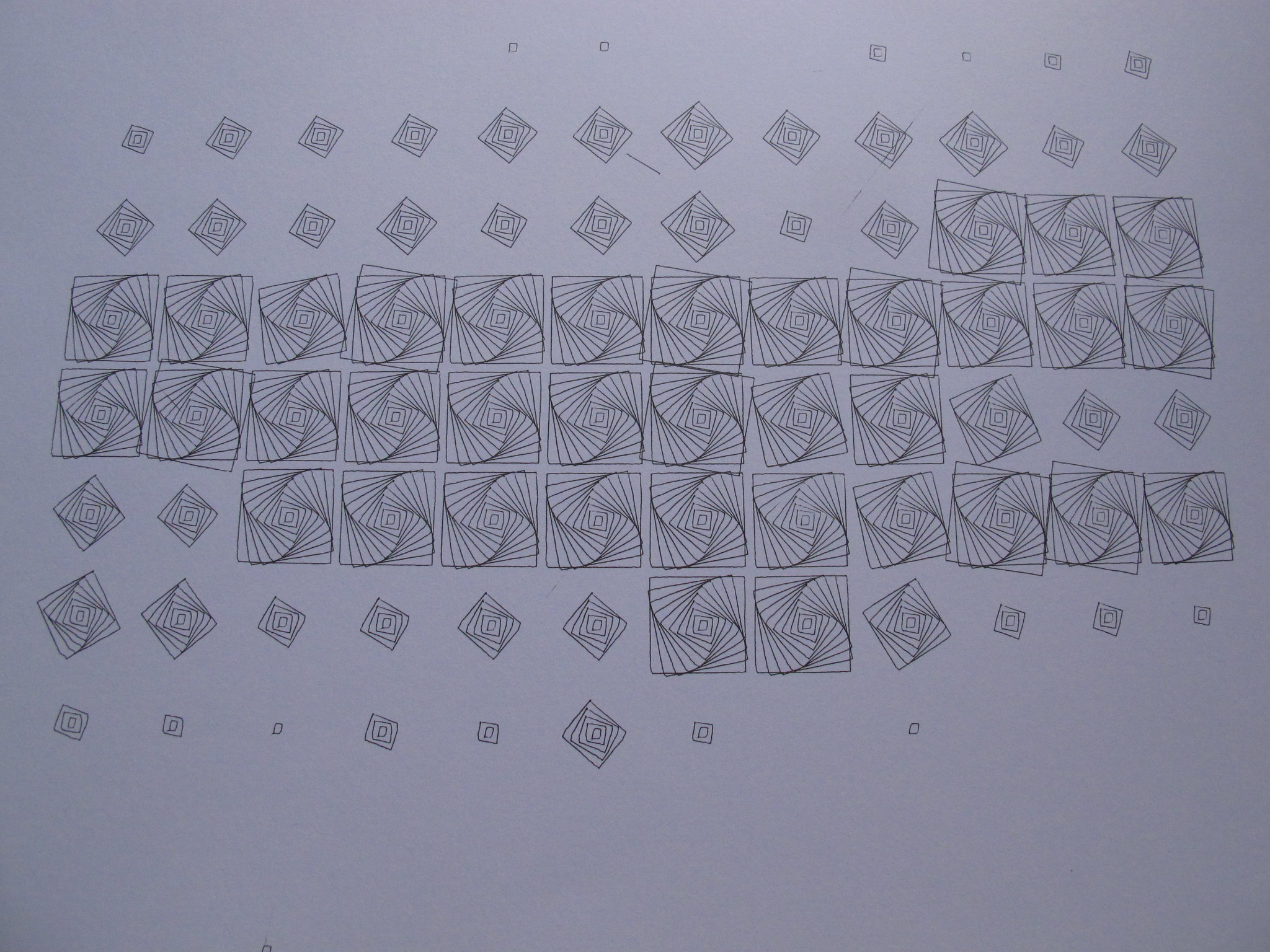 I won some funding to develop the idea and built a series of 5 small robots that I exhibited and sent to people to try in their homes. 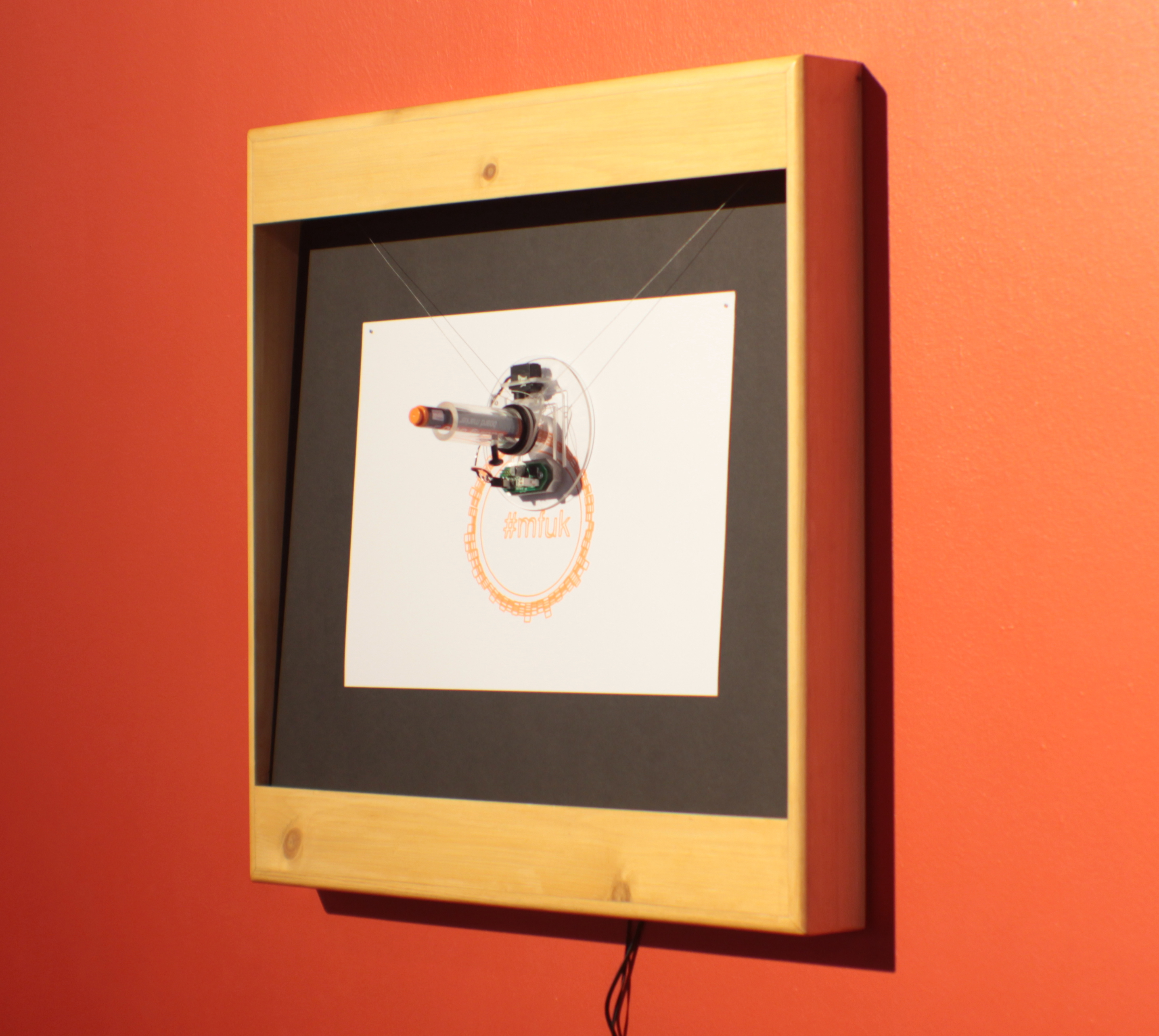 Some time later, Bristol’s science museum @Bristol (now called We the Curious) asked if I could build a larger version for their lobby. I asked RS components if they would be interested in match funding the museum to sponsor a bigger and better robot.

At this time I was just in the process of moving to Spain, which complicated the build somewhat. The baggage check on the flight over to the UK to do the install was interesting!

The install went well, and the robot was setup to draw the amount of energy generated by the solar panels on the roof. 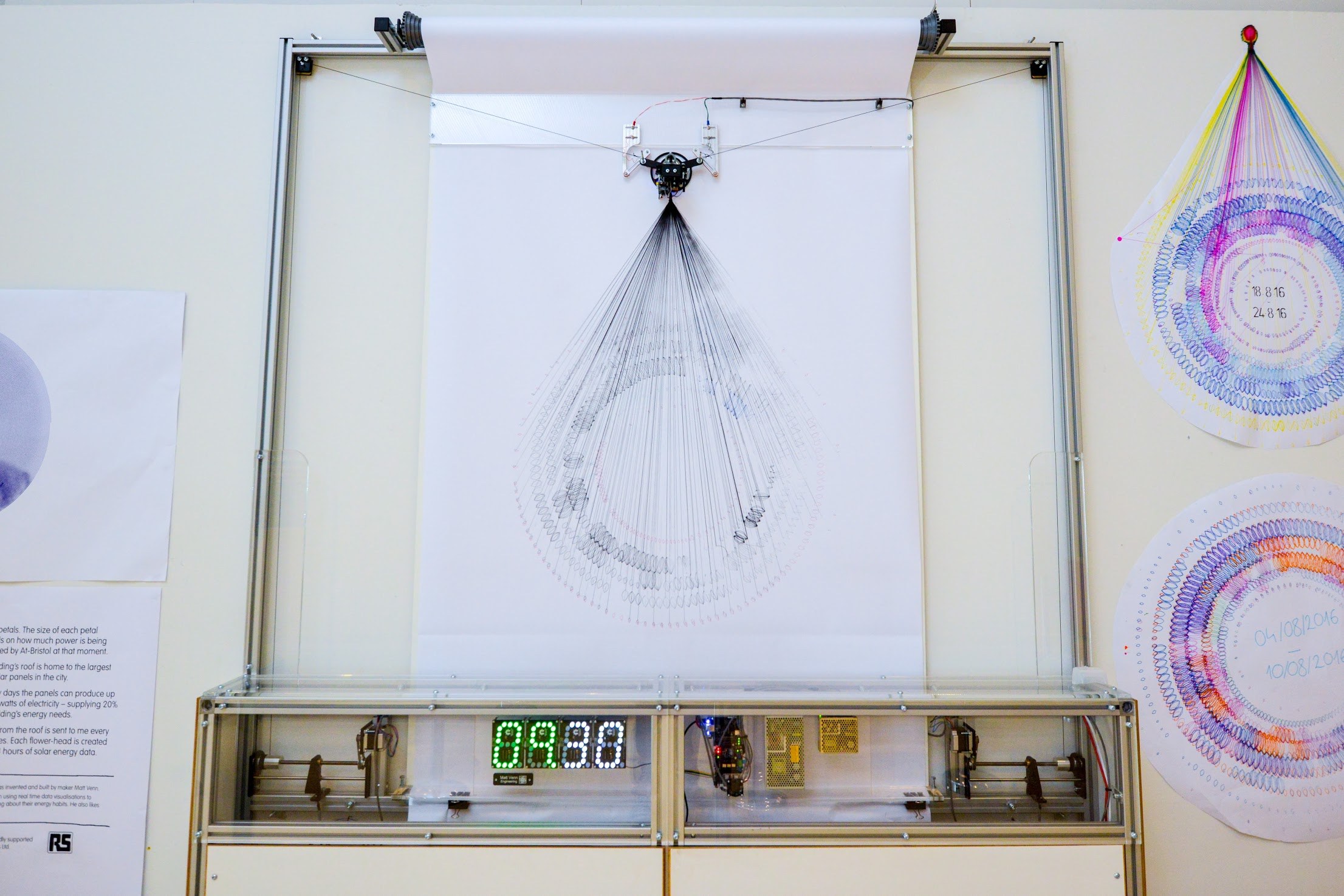 The pen lift/lower mechanism was controlled over radio and used a rechargable battery. Initial experiements with wireless charging proved too difficult (now I would just buy something off the shelf), and so I used a system with contact points that were touched when the pen holder homed itself. 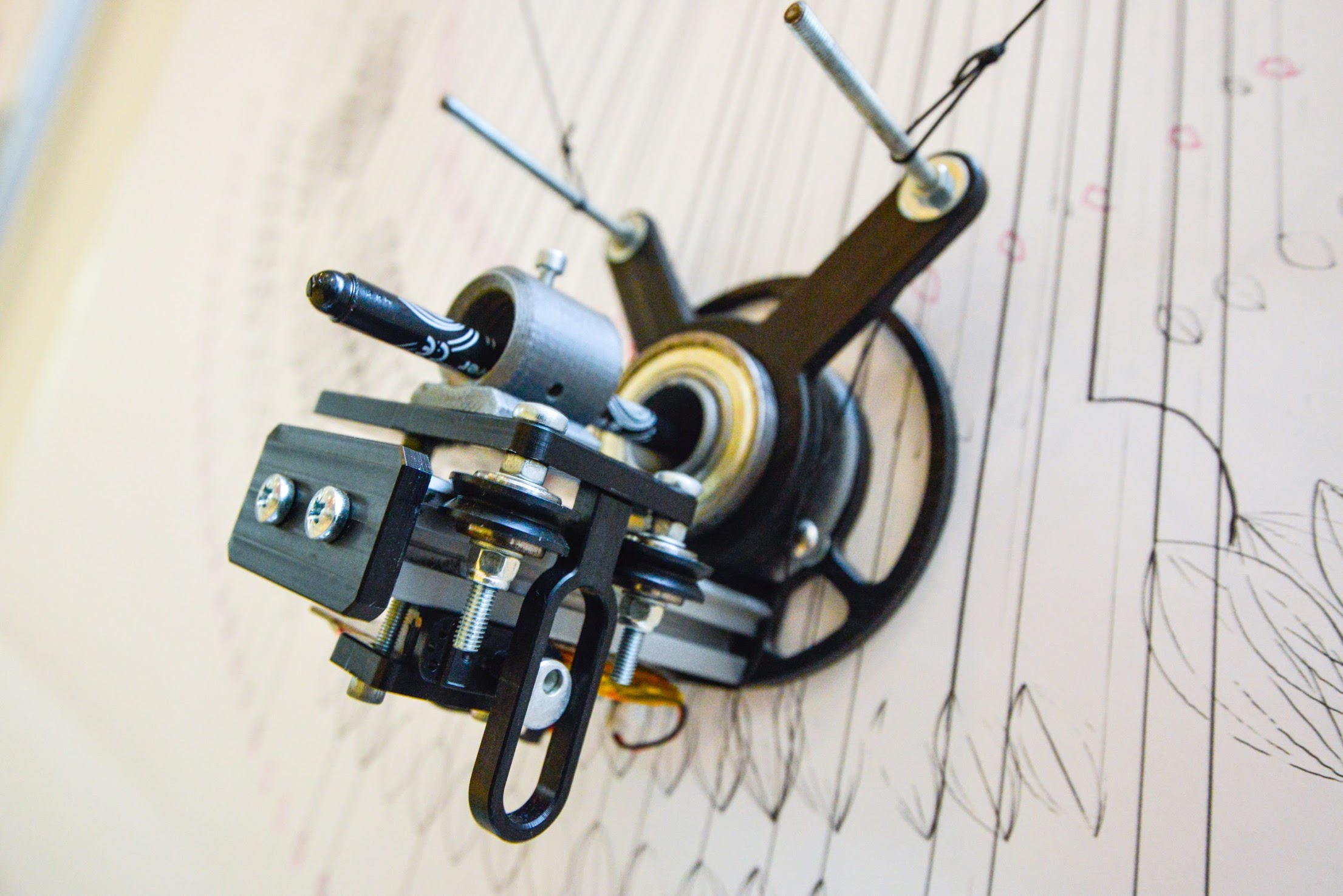 Unfortunately this led to a lot of issues related to corrosion on the charging points, battery life etc. It was very difficult to support from Spain and eventually we gave up on the raising/lowering of the pen, which is why a lot of the images shown have long lines connecting all the leaves up to the charging point.

This was a very challenging project, but I really enjoyed it and learnt a lot in the process!